Oscar Wilde once advised: “Be yourself, everyone else is already taken.” When expat children are in the minority in a host country, it is not always easy for them to feel good about themselves. How can parents talk to their children about diversity and encourage positive self-identities? 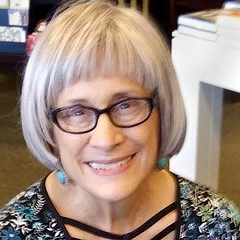 Deborah Levine, coach and editor-in-chief of American Diversity Report, recommends that parents reinforce children’s self-identities in a new country by expanding on the child’s interests and talents. “If they are attracted to music, take them to concerts, let them hear the popular music of the country,” says Levine. “Allow them lessons playing an instrument and encourage them to join groups and clubs with others of similar interests. Follow that same path if their interests are in the arts, theatre, or sports. Doing so will familiarise the child with the country’s version of their interests as well as gather with others who share their passion. The process also honours the child’s interests and talents, giving positive reinforcement for being themselves.”

Diversity as a strength

If children (not only expat children) learn to understand that diversity is a strength it will contribute to the well-being of the child, especially during the adjustment phase. But how can parents show their children that diversity is a strength? “Children need to admire diverse heroes and try to emulate them,” says Levine. “That will give them an appreciation of men and women of different backgrounds who have achieved greatness. Let them read about these people online and then go into depth with the heroes in areas that are of special interest to the child: technology and science, business, education and sports, just to mention a few. Talk about what makes them great, what about them is to be admired. Have them make a list of all the admirable traits they come across and hang it up in their bedroom as inspiration.”

According to Levine the benefits of these positive reinforcement and hero admiration strategies is that they are internalised by children. “The process builds neural pathways that can be expanded throughout their expat experience and beyond,” she adds. “These children not only learn how to manage their challenging expat experience, but gain invaluable skills to build on for future challenges and opportunities.”

To build long-lasting, more trusting relationships at networking events, experts advise asking questions that people are excited to answer – and not just asking ‘What do you do?’
Landing a job can bring unintended consequences. One expat partner reveals how full-time work forced her to dust off her adaptation skills – at home.
EDITORIAL: As global mobility professionals seek ways to compensate increasingly diverse expatriate populations, the local-plus approach is gaining in prominence, according to a recent post by ECA. But partner support, for now, has been curiously overlooked as part of the ‘plus’.

Stay up to date

Sign up for our newsletter and always stay up-to-date on the latest articles.