Expat life is fertile ground for resentment between couples, warns renowned marital therapist Andrew G. Marshall. “Your communication needs to be better than ever before.” 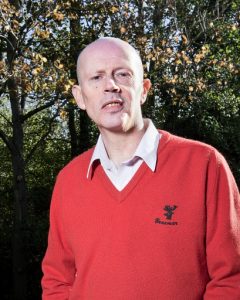 Marshall is a Berlin-based counsellor and author of the international best-seller I Love You But I’m Not in Love With You. He says: “I have a lot of expat clients, and discover over and over again that the expatriated employee often has no idea of what it’s like to be their partner. They spend most of their time at work and, moving from one branch of the company to another, they stay within the same work culture. It’s the expat partner who generally has to do most of the changing.”

Half truths and assumptions

However, anger and resentment is often swept under the carpet, because couples are not supposed to keep score, according to Marshall. He adds: “But, the problem is: we do! Therefore, ‘this is what I’ve done for you’ needs to be said out loud, in order to be recognised. We’ve got to share, for example, what it’s like to leave your friends and family behind. Or having to live with your mother-in-law for several months at a time. I can’t tell you how little couples talk about this stuff. They only skim the surface, which leads to half-truths and assumptions.”

“I have a service where international couples come to Berlin for a week or long weekend of daily sessions, and you’d be amazed how much they say to each other that they should have said years ago,” continues Marshall. “Sometimes, couples don’t feel safe to talk about expat life because it’s their foundation, and because they have this all or nothing attitude: you’re either 100 per cent in favour of expat life, or 100 per cent against it. And of course, it is much more complicated than that. So they have to get away from these polarising conversations of ‘This is what pays our money’ and ‘Oh god, it’s so hard for me’.”

Both sides are valid

Instead, you really have to listen to each other, insists Marshall. “Summarise what you’ve heard, rather than just using the time that your partner is talking to practise what you are going to say, or to come up with counter arguments. It can take several discussions, just to understand how they feel and intellectually accept that both your arguments are valid. Only then can you start thinking about how you’re going to solve any problems.”

Yearning for your expat life might not seem like the best way to come to terms with being back home, but one group of researchers believes ‘host country nostalgia’ can lead to repatriation success.
To build long-lasting, more trusting relationships at networking events, experts advise asking questions that people are excited to answer – and not just asking ‘What do you do?’
EDITORIAL: As global mobility professionals seek ways to compensate increasingly diverse expatriate populations, the local-plus approach is gaining in prominence, according to a recent post by ECA. But partner support, for now, has been curiously overlooked as part of the ‘plus’.

Stay up to date

Sign up for our newsletter and always stay up-to-date on the latest articles.